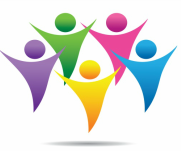 10 years on and still going strong... 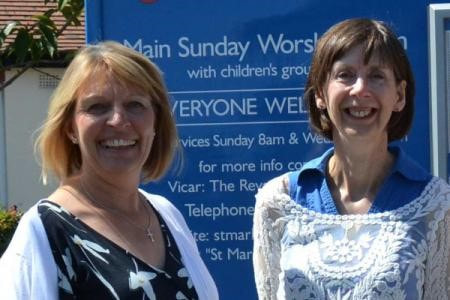 Photo: Anna King (right) with fellow Recognised Parish Assistant and Reader in Training, Pauline Giddings.
Recognised Parish Assistants have been serving the Diocese since 2011.  As part of our 10 year celebrations we have been having fun catching up with friends old and new and finding out how they are discovering and using their gifts in their own churches large and small, rural and urban.

Anna King has been an RPA at St Mark’s Newby in Scarborough since June 2014.

Anna, the pastoral group organiser, believes that RPAs contribute positively to the full range of ministry parishes can offer and is known as someone that ‘gets things done’.  However she also recognises that ‘being an RPA is about Christian living – not just getting jobs done, but thinking and praying about what God is calling us to.’
‘One thing that changed for me during RPA training was I learned the real therapeutic value of simply listening to someone, without the need to ‘do’ anything. In my job, I had to act on something that I was told, and so it was a relief to come to understand that listening is very valuable in its own right,’

When we asked Anna what she would say to anyone considering if they could offer to train as an RPA she replied, ‘There is some preparation work to do (but no essays!) and some theology to think about – but it’s a stepping stone into ministry, and the ‘doing’ after the course is really fulfilling’.